The Neolithic settlement of Unfriedshausen is situated in the valley of Loosbach brook and a close neighbour of the Neolithic village of Pestenacker. At Unfriedshausen archaeologists documented three building phases in the western as well as in the eastern part or the settlement area. In both areas up to twelve houses align along a main alley. Humans and animals lived under one roof. The floors of the houses where constructed from two layers of wood and a layer of tamped clay. In respect of settlement structure and of architecture Neolithic Unfriedshausen was very similar to the nearby settlement of Pestenacker. At both sites prehistoric organic materials like wood, plant residues and textiles are extraordinarily well preserved due to the soil-conditions. The material culture of the villages belongs to the Neolithic Altheim group, whereas Unfriedshausen was occupied several years earlier than Pestenacker. Probably the wide valley of Loosbach burn was inhabited for quite some time during the Neolithic period, what makes it likely that there were even more neighbouring Neolithic settlements. 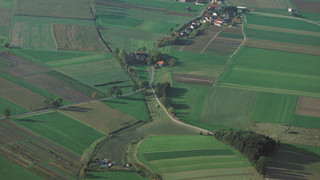 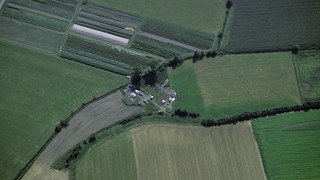