How to live life to the full

Lake Constance stands for genuine quality of life. Simply looking at the mountains across the lake is five-star enjoyment — never mind whether from a luxury apartment or from a campsite. "Farm-to-Table" truly defines the culinary traditions of Lake Constance. Specialties from farm, orchard and lake find their way onto plates around the four country region. Freshly caught whitefish and perch taste especially good. The island of Reichenau supplies vegetables for aromatic side dishes full of vitamins. Just as timeless and delicious: A glass of local Lake Constance wine in the warm evening sun, an apple directly from the farm or a savoury cheese fondue. 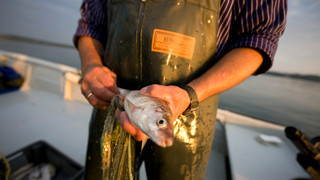 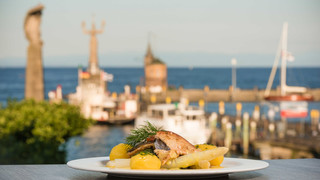 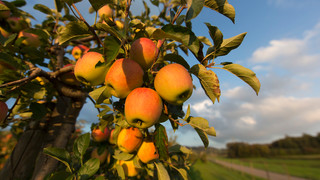 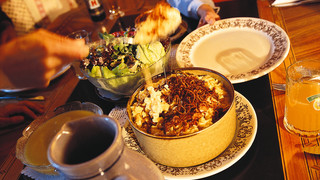 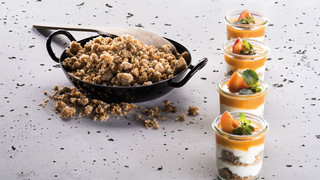 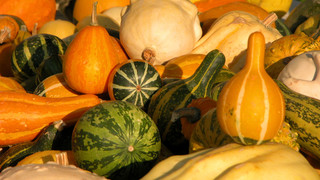 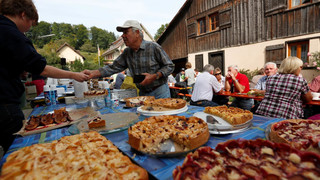 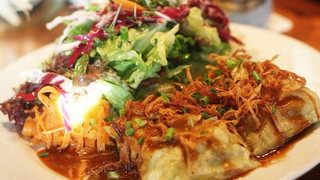 Cuisine around Lake Constance combines the very best of the four neighbouring countries. The famous potato speciality has crossed the Swiss “Rösti divide” to reach the lake. “Kässpätzle”, “Schäufele” and “Maultaschen” come from Baden and Swabia . Extraordinary combinations such as “Käsknöpfle” with apple sauce can be tasted in the Principality of Liechtenstein while sweet hearty dumplings have found their way to the four-country region from the Austrian Arlberg along with apricot and ham dumplings.

An absolute “must eat” is “Dünnele” in every form: traditional with cream and ham, refined with smoked salmon, sweet and flambéed with plums. These dishes can be accompanied by a fruity white wine in the cradle of the Müller-Thurgau grapes on the Swiss shore of the Untersee, a noble red from the Schaffhausen pinot noir region and numerous eminently drinkable offerings from famous wineries and cellars on the German shore. A high-proof “Verteilerle” made from the best Lake Constance fruit is a perfect way to help your stomach digest.

Whether fresh from the field, trees or grafted in a bottle - fruit from Lake Constance in its variety
Details

Swabian Maultaschen
Maultaschen are made from pasta dough filled with sausage meet, onions and soaked bread rolls. To prevent a valuable piece of meat going to waste during Lent, 17th-century monks hid it in the ravioli.

Reichenau Vegetables
Reichenau Island grows approximately 12,000 tonnes of vegetables each year. Particularly famous are the cucumbers, lettuce, lamb's lettuce and tomatoes that are sold on the weekly farmers' markets around the lake.

Riebel
Riebel is a simple corn dish from the Vorarlberg and St. Gallen Rhine valley, the region where the borders of Liechtenstein, Austria and Switzerland meet. For typical Riebel, corn and wheat semolina is boiled up in milk with a little salt until a sticky mash is formed.

Dünnele/Dinnele/Dinnete
A Dünnele is a local thin crust flatbread made with cream and ham, or refined with smoked salmon, even flambéed with plums.

Bodensee Fish
Whitefish, perch, pike-perch, and other lake fish are culinary highlights served around the lake year round.

Seele
Seele is a speciality from Upper Swabia. Similar to a baguette, this pastry is generally made from spelt flour and can be found in every bakery in Upper Swabia. It is particularly tasty as a snack with a little butter or grilled in the oven with any number of delicious toppings.

Käsknöpfle and Kässpätzle
The national dish of Liechtenstein is "Käsknöpfle" with apple sauce. Fine egg pasta with cheese and fried onions - the traditional Kässpätzle or Käsknöpfle are also a true delight in Vorarlberg. The Swabians, on the other hand, believe that it was they who invented Käsespätzle. Whatever the case, this delicious pasta dish is one of the absolute favourite dishes in the whole region.

Schäufele
Schäufele is the southern-German name for smoked or cured shoulder of pork and is traditionally served with dumplings and salad.

Höri Bülle
Conoisseurs see the "Höri-Bülle" onion variety as a true delicacy. It is traditionally grown on the Höri Peninsula at Western Lake Constance. Not only is it mild and extremely tasty in many dishes, its red skin gives it an attractive appearance for braided wreath decorations.

Apples
Apples are pressed into juice, deep-fried into apple rings, and baked into pies. In the spring, the delicate apple blossoms are a sight to behold.