about the four-country region of Lake Constance 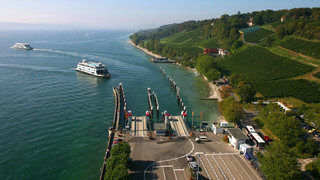 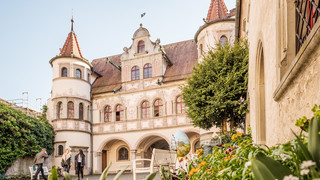 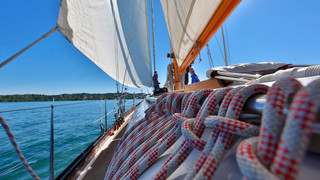 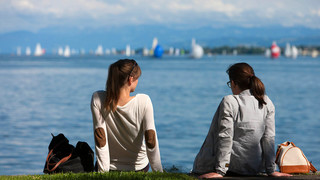 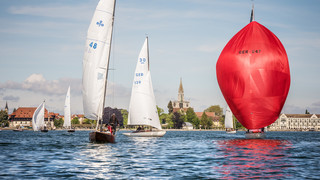 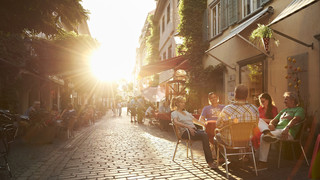 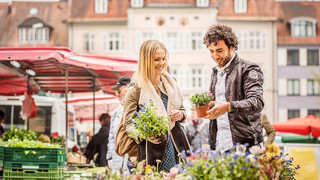 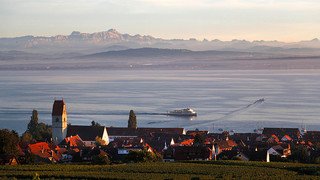 From 15 June 2017 Europeans have the ability to make same-cost mobile calls and data downloads irrespective of which EU country they are in. That means that there are no extra roaming charges for using your phone in Germany, Austria or Liechtenstein. Please pay attention that this is not valid for Switzerland (!). UK mobile customers will be able to benefit from this agreement until 2019, when the country is expected to exit the EU.

Switzerland:
Motorways in Switzerland are subject to a toll. The tax disc is valid for one year (CHF 40). The motorway tax discs can be purchased at the borders, at petrol stations or from automobile associations. Anyone who intends to drive very little in Switzerland can use the network of main roads. Speed limits: in towns 50 km/h (30 mph), main roads 80 km/h (50 mph), motorways 120 km/h (75 mph). Blood alcohol limit: 0.5 Daytime running lights are required in Switzerland which means that lights must be switched on both at night and during the day.

The Bodensee-Schiffsbetriebe operates between Friedrichshafen and Romanshorn. The ferry takes 45 minutes to cover the 8 mile journey (hourly service all year round, no night service). The Konstanz-Meersburg ferry line is operated by the Konstanzer Stadtwerken: The 2.8-mile journey takes quarter of an hour. Up to six ferries travel back and forth. Non-stop at peak times, hourly service through the night.

To operate a craft with a machine drive with an output in excess of 4.4 kW and for a sailing vessel with a sail area in excess of 12m², a sailing licence is required. A normal 6 HP motor boat does not require a licence and can be hired in numerous locations. It is also possible to acquire a so-called holiday licence which is valid for up to one month (in one single stretch).

There are no particular health risks in any of the 4 countries which go beyond the usual holiday complaints such as sun burn, etc. However, sufficient protection must be taken against tick bites as the Lake Constance area is a tick-borne encephalitis risk area and Lyme disease can also be contracted. Health care around the lake is good. Within the EU and in Switzerland, emergencies are treated free of charge upon presentation of the European health insurance card. Any higher costs that might be incurred due to different tariffs in Germany, Austria and Switzerland must be paid for by the traveller.

The offical langauge in Germany, Austria, Switzerland and the Principality of Liechtenstein is German. Dialects nevertheless vary considerably from one region to another. For example, Swiss German is spoken in Switzerland which is derived from Alemannic, although the written language is High German.

Lake Constance is a border region. For citizens of the EU, there are rarely any controls between Germany and Austria; due to identification requirements, all travellers in the Lake Constance area are nevertheless required to carry their personal identity documents.

When entering Switzerland and Liechtenstein, it should be noted that the following goods can be imported duty-free: 200 cigarettes, 2l alcoholic drinks up to 15% vol. and 1l with a higher alcohol content, other goods with a value of up to 300 CHF.

Germany:
Citizens of the EU states and Switzerland do not require a visa to enter the Federal Republic of Germany. In principle, all other foreigners require a visa to visit Germany, on condition that the visa requirement has not been lifted by the European Community.

Liechtenstein:
In the Principality of Liechtenstein, the Tobacco Prevention Act came into effect on 01.07.2008, prohibiting smoking in all public spaces.

Germany:
Since 1 July 2008, smoking bans apply in all federal states.

Austria:
Austria does not have a general smoking ban in the catering sector. For tobacco, the minimum age is generally 18 years.